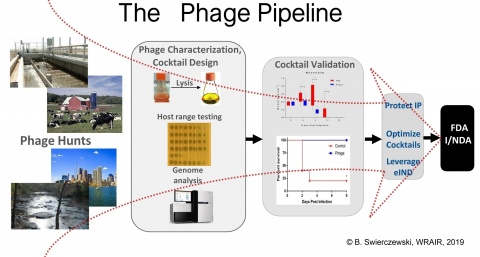 Figure 1: From raw sewage, environmental and soil sources to a usable phage cocktail formulation: The Phage Pipeline
Wound infections caused by multidrug resistant (MDR) Gram-negative bacteria to include the ESKAPE pathogens ( E nterococcus faecium, S taphylococcus aureus, K lebsiella pneumoniae, A cinetobacter baumannii, P seudomonas aeruginosa , and E nterobacter spp) are a persistent challenge as antibiotic treatment options become limited and the development of new antibiotics more rare [1]. As combat wounds are characterized by penetrating trauma and foreign body inocula, the increase of ­ESKAPE pathogens in complicated MDR combat-related wound infections to include burns and fractures are of particular concern as variants have emerged with resistance to carbapenems which are typically last line treatment. It is estimated that over 52,000 U. S. service members were wounded during Operations Enduring Freedom and Iraqi Freedom (OEF and OIF) and that 49 % of those wounded had bacteria within their wounds, 34 % of combat casualties developed MDR bacterial infections during their initial hospitalization [3]. Due to the rise on these resistant bacterial infections, the U.S. Army began to explore alternative therapeutics besides antibiotics for treatment of MDR combat wound infections.